Along with the current changes in lifestyles, the shifting of disease patterns in the community has begun. 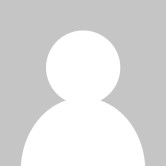 Along with the current changes in lifestyles, the shifting of disease patterns in the community has begun. Earlier back then, the majority of people got caught from infectious diseases. However, recently the statistics show that more people suffer from degenerative diseases.

Degenerative disease attacks the body organs and affects the shape and function so they cannot work optimally. Eventually, degenerative diseases can also arise due to the aging process. Additionally, heart disease is now considered as one of those degenerative diseases. We often do not realize that a person is suffering from a heart disease. Heart attack is often regarded as other diseases, such as gastric ulcers or dyspepsia.  It is also often mistakenly thought as normal bodily fatigue, whereas actually the personâ€™s heart is the one which is fatigued. Because the attack is often been overlooked, the death rate from heart disease is very high.

Therefore, What to Do? Recognizing the early signs of heart attack is very important. Once the early signs are recognized, adequate therapy can be given. Actually, heart attack does not appear as dramatic as is often seen in the movies. The incidence of such attacks appears gradually and become increasingly severe, but can be not recognized by the sufferer. Even people who previously had heart attacks may have different symptoms in the subsequent heart attack. Chest pain or chest tightness is the most common symptom experienced by most patients with heart attacks. Picture at the right shows the location where the chest pain is more likely to indicate the direction of a heart attack. Chest pain is not solely the symptoms, but there are other symptoms that can be experienced by the patient, such as: So, What Next? What should you do if you experience symptoms such as those described above? In case of any doubts, it is advisable for patients to conduct further supporting tests so that the therapy of heart attacks can be given as soon as possible.